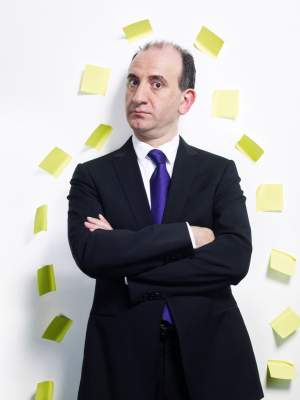 Armando Iannucci is acclaimed as one of the most influential comedy writers, directors and producers in Britain. He wrote and directed the BAFTA-winning shows I’m Alan Partridge (starring Steve Coogan) and The Thick Of It, as well as fronting his own satirical shows The Friday Night Armistice for BBC 2, and The Armando Iannucci Shows for Channel 4. He wrote, directed and produced HBO’s US comedy series, Veep, which was nominated, at the 2012 Emmy Awards, for the ‘Outstanding Comedy Series’ Award, and won ‘Best Leading Actress in a Comedy Series’ for Julia-Louis Dreyfus’ performance.

Armando’s spoof news show The Day Today (with Chris Morris) led to him winning the unique Special Jury British Comedy Award, in recognition of his distinctive contribution to radio and television comedy. His famous British comedy television series, The Thick Of It was bestowed with three awards at the 2010 BAFTAs, including the award for Situation Comedy.

Armando’s feature film In the Loop premiered at the prestigious Sundance Film Festival in Utah in 2009. Directed by Armando, co-written with Jesse Armstrong and starring Peter Capaldi and James Gadolfini it is a fast-paced film about Britain and America’s special relationship in the lead-up to a war no one seems to be able to stop. The film received an Oscar nomination for Best Adapted Screenplay at the 82nd Academy Awards, March 2010.

Armando is available to hire for after-dinner speaking, hosting and facilitating. His witty style, sharp sense of humour and extensive corporate experience make him perfect for any event. His abilities range from hosting an intellectual, political debate to giving an amusing speech about media and film, drawing on knowledge from his very own Oscar nominated In The Loop.

Armando’s book, The Audacity of Hype, published in 2009, demonstrates the spread of his interests and styles, whilst wonderfully showcasing his skills for humorous invention (The Independent, 28 August 2009).

As well as the obvious comedy themes that he can consider for an audience, Armando also enjoys giving speeches that can, while staying light, take on more serious subjects. In the past, he has spoken about Europe, classical music, therapy, the arts and the future of Television, to name but a few. He has delivered the Alternative McTaggart Lecture at the 2008 Edinburgh TV Festival, and he was Visiting Professor of Broadcast Media at Oxford University, delivering a series of lectures on Television comedy and New Media. He delivered the Tate Britain Lecture for 2006 and The Philharmonia Society Lecture of 2007.

Armando also shows a great interest in science and astronomy, IT, computers, internet, and new media. He can speak fluently on all of these subjects – perfect for any after-dinner speech!

Armando has previously hosted a radio discussion show, and can chair corporate discussions and debates. He would also make the perfect one-to-one interviewer of significant figures in the corporate world. He can adapt his style and tone as appropriate, to suit almost any event. He often appears on straight political shows like The Daily Politics, This Week, and Question Time. In addition he has been a Guest Director of The Cheltenham Literary Festival, and was Chair of the Judges for the 2006 Costa Book Award.

Armando, many thanks for an excellent evening. It was pitched just right, was excellently researched and made a great ‘impromptu’ moment for us.

I wanted to drop you a line and tell you how much we enjoyed Armando Iannucci’s very entertaining and amusing speech at the AIC Dinner. It was very well written, topical and perfectly delivered. We all agreed that he was a very charming man and I know that many of the guests at the top table thoroughly enjoyed his company. Please extend our gratitude.

I just wanted to thank you, [Armando], for speaking at our dinner last week. We received great feedback from delegates who attended the dinner, so thank you for coming along and for being so entertaining.

He was genuinely well received by the end. [Armando] had the audience whipped up into a mild frenzy with his sharp, intelligent sense of humour. 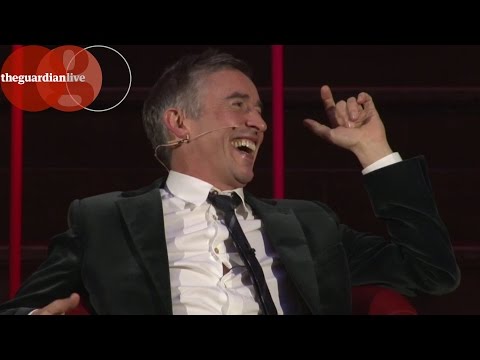