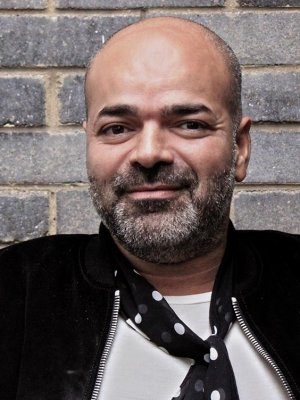 Producer and writer Ash Atalla is best known for producing the hugely successful comedy series The Office. The brilliantly observed satire about ordinary office life in a Slough paper mill hit a nerve with the public and went on to win a raft of awards over its three-year run, including two Golden Globes, three BAFTAs and three British Comedy Awards, to name but a few.

Following the phenominal success of The Office, Ash went on to produce The IT Crowd from it’s beginning in 2006 to the third series which aired in 2008. The show was nominated for a BAFTA in 2008, it went on to win the BAFTA for Best Situation Comedy in 2009, as well as winning Best Sitcom at the 2008 Rose D’or and an International Emmy.

As a business and finance graduate from Bath University, Ash started working life on the dealing-room floor, before a drastic career change brought him out of the City and into television.

Ash joined Talkback Thames in 2004 as Head of Comedy and went on to Exec-produce both the science spoof Look Around You for BBC2, and the third series of Bo Selecta! In 2005 he devised and began work on Man Stroke Woman, a comedy sketch show about ‘growing up’.

In between his hard work on The Office series, Ash also produced Up Late with Ralph Little, for the BBC, and Come Together with Ricky Gervais, for Play UK. He has also script edited Comedy Nation for BBC2. Away from television, Ash has had a column in The Guardian, and is a frequent contributor to various publications, including The Independent and Time Out.

Ash set up his own independent production company Roughcut Television in January 2007, which has produced a variety of shows including the major drama, Trinity for ITV 2. He is currently executively producing a range of new projects for all the major UK broadcasters. Most recently these include Bloods (Sky), People Just Do Nothing (BBC), Cuckoo (BBC 3) and Stath Lets Flats (Channel 4).

An engaging and humorous after dinner speaker, Ash talks about how his disastrous career as a City stockbroker lead to him producing the best sitcom of his generation! Corporate clients include T-Mobile, UBS, Business Link and Diageo.

We were absolutely thrilled with Ash, can’t thank him enough… He was great and I’m sure everyone who attended thought that… I took notes [for our Newsletter] but more often than not I was so entertained by Ash that I missed noting things down!… Thanks again for a memorable speaker.