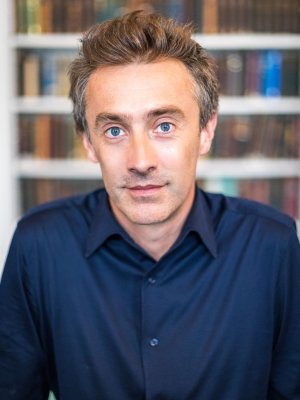 Dallas is one of the most versatile and well-travelled factual presenters working in the industry.

He has filmed in some of the most extraordinary and challenging locations all over the world: sewer diving in Mexico City, abseiling off the world’s tallest building in Dubai and filming Tim Peake’s rocket launch to the international space station.

Most recently, Dallas has presented Positive Energy (National Geographic) where he travelled the globe, with co-presenter Kari Byron, meeting the innovators that are creating new ways to power our world into the future. His debut book Ad Astra: An Illustrated Guide to Leaving the Planet was published 2017.

Dallas started his presenting career on The Gadget Show (Channel 5) and Bang Goes The Theory (BBC1). He has since presented some of the most ambitious landmark series across the BBC and beyond: Britain Beneath Your Feet, Tutankhamun: The Truth Uncovered, The Treasure Hunters and Supersized Earth (BBC 1), City In The Sky and Airport Live (BBC 2), Voyager: Beyond the Final Frontier, The Drake Equation: The Search for Life and The Sky at Night (BBC 4), Science of Stupid and Time Scanners (Nat Geo). He is a regular presenter of BBC4’s Horizon Guide series.

Dallas has also presented Television’s First Night – recreating the first TV broadcast for the 80th anniversary of BBC television and Stargazing Live (BBC 2) which broadcast Astronaut Tim Peake’s historic launch to the International Space Station live from Kazahkstan (BAFTA nomination). Other projects include: Dallas Campbell’s Guide to the Impossible for Discovery Channel and guest appearing on Infinite Monkey Cage (BBC Radio 4). He has previously won Celebrity Mastermind, his specialist subject being the films of Werner Herzog.

Dallas is an Honorary Fellow of the British Science Association and regularly judges their annual Young Scientist & Engineer of the Year awards. In 2014 he gave the Stoneley Lecture for the Petroleum Exploration Society of Great Britain. This year he won The Space Achievement Media Award at Sir Arthur Clarke Centenary Awards.

Experienced working in a live environment, Dallas has hosted countless roadshows with the Bang Goes The Theory team and worked on many other science events, including the monthly Science Museum Lates. In 2016, Dallas presented the social media coverage for Shell’s Make the Future London Festival, interviewing Formula One driver Kimi Raikkonen.

When not risking life and limb investigating life, the universe and everything, Dallas enjoys cooking and is an accomplished amateur magician. He was also a ski instructor in the Cairngorms. He has two children.

Dallas Campbell is available for a variety of corporate work including awards hosting, conference facilitating, speaking, or anything gadget, technology or science related!

Thank you so much for your wonderful lecture to Flamsteed Astronomy Society on Monday. It was a real highlight for us and we had some lovely comments from viewers. I’m sure everyone was applauding appreciatively and enthusiastically at the end of your talk – their comments bear witness to this. Once again, many thanks.

Thank you Dallas for a fantastic event to end the Genome Lates season. You pitched it perfectly. I hope you enjoyed it as much we did!

Dallas was a great host throughout the day- he kept the energy throughout and was great with both the adults and children. I always love working with Dallas and hope to do so again in the future.

The performance was excellent, wry, different, entertaining, informative. Dallas was very entertaining and explained things well with lots of humour. Awesome show! More of this, please!

We Choose to go to the Moon with Dallas Campbell, Northcott Theatre

Thank you for coming to speak at Bach, the Universe and Everything yesterday. A lot of the audience feedback we’ve had says this was the best of these events yet!

Bach, the Universe and Everything 2018

We would like to say a huge thank you to Dallas for being a part of our In Conversation: Robo-sapiens. It was a fantastic night that had a real buzz and excitement. We welcomed 275 visitors to the evening, which is more than we had projected. There was a great dynamic between the panel on stage and that in itself created a fun and relaxed atmosphere. The discussion was lively, intelligent and most importantly contemporary.

Dallas was energetic, informed and led the conversation very well. He kept to time, which was key and had a great rapport with the audience. We were really pleased that he dedicated his time and energy to curating the topics as well as providing the high quality slides of photography and video. Overall he made our job easier as he was professional, confident and able to command the discussion.

IN CONVERSATION: ROBO-SAPIENS 2018, MUSEUM OF SCIENCE AND INDUSTRY

Thank you for making this trip so special and a unique experience. Everybody was so happy with your presence and your interesting and entertaining talks.

A huge thank you from our team for being such a great host and so easy and professional to work with. It was a fab night and the audience obviously had a great time – livestream is over 22K views and climbing steadily. Wishing you the very best for the future and hope to work with you again.

The lecture went very well thank you, the school students seemed to really enjoy themselves which was lovely to see. I thought the content of the presentation was very interesting and relevant. At the beginning of the presentation, Dallas used an audience member to help him with an experiment, which was really engaging. The video clips were great and really helped put everything into perspective.

Dallas was fantastic. We had over a million views which is absolutely huge!

It went super well, thank you, Dallas is such a pro and can’t wait to work with him again! Clients love him and really relevant to our sector, will definitely be working with him again.

The event was great and Dallas was totally amazing, he really nailed the collaboration bit and we were all really happy. He was very generous with him time.

Dallas was absolutely brilliant. Such a pro and seemed completely at ease. We love him and would be delighted to work with him in the future as and when projects arise!

Many thanks for being so brilliant last week at Cheltenham. Your sessions were so engaging and the audiences were enthralled, so thank you so much for working so hard and taking part. Your space suit went down a treat and that along with Top Trumps have to be my highlights this year – you were a very funny witty host! I hope we can do it all again next year!

Dallas is an amazing bundle of energy, magic words, and enthusiasm that just excites everyone he meets about learning and science. He is so generous with his knowledge and ideas. An amazing communicator who has an infectious way of engaging people – from tiny tots through to wise professors.

Dallas was a consummate professional. A good steady hand driving forward an event with lots of last minute changes. He remained cool, calm and delivered a great event with good feedback.

Dallas Campbell was a pleasure to work with on 5 July 2014 at Party in the Park, Woking. He phoned me before the time to discuss the script for compering and also confirmed on the morning. The Stage Manager commented that Dallas was a pleasure to work with and filled gaps when there were technical glitches. Afterwards he mingled amongst the crowds and signed autographs and was happy to chat to people who wanted to meet him. Definitely recommend him as an excellent host for any event.

PARTY IN THE PARK, WOKING COUNCIL

Just a brief note to say thank you for arranging everything with Dallas; the filming went so well this morning. Dallas is a really nice person and a true professional, the video is going to be great!

Dallas gave an excellent talk last night. He pitched the lecture ?Unlocking the secrets of the Red Planet? perfectly, managing to engage the audience at all levels. He had clearly researched the subject extremely well and his talk was engaging, authoritative, with just the right mix of scientific / technical information plus humour. His Q&A session…went very well and generated a good deal of audience participation. I was very pleased with the talk and would have no hesitation in recommendation Dallas to anyone interested in using his services for an event like this!

Dallas was absolutely brilliant, he pitched his speech at exactly the right level, he was outstanding with spotless delivery , was very engaging and a very nice chap. The PESGB feel they will be hard pushed to find a better speaker, Dallas was simply fantastic.

I just wanted to write to say how pleased we were with the lectures Dallas gave on Tuesday, I?ve had some great feedback from the schools that attended. He very kindly answered questions, had photos taken and signed autographs following both lectures, which the pupils really appreciated. He’s a very natural and enthusiastic speaker and I?m sure he will have inspired some of the audience to take more interest in what’s happening around them. Thanks again for your help in making the event possible!

Just a quick note to thank you for arranging Dallas Campbell’s participation at our conference last week. He captivated our delegates with his humorous and engaging presentation style, and his ability to tailor his contribution to suit the interests our audience is testament to his intelligence and enthusiasm for the subject matter. He was an absolute pleasure to work with, and a valuable addition to our event. We would not hesitate to welcome him back as a guest speaker at future conferences.

It was amazing the efforts you went to and it was richly rewarded with a brilliantly fun, entertaining and unique event that the audience loved. We had so much positive feedback about the event last night….As ever, a pleasure working with you.

Thank you SO much for coming and spending time with us at the British Science Festival in Bradford. Your two solo events were absolutely brilliant, and the women in science discussion was fab too. Thank you for being so willing to do all sorts of other bits and pieces… 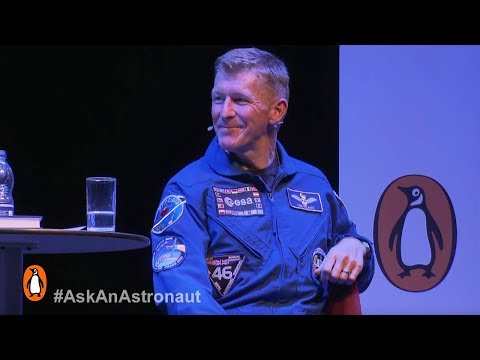 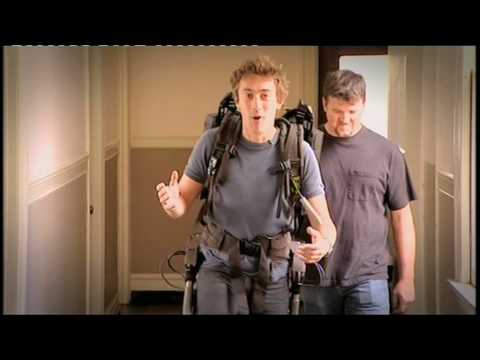 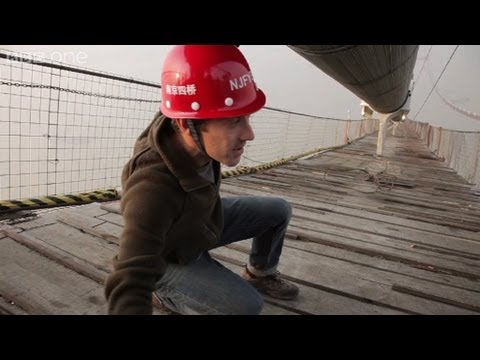 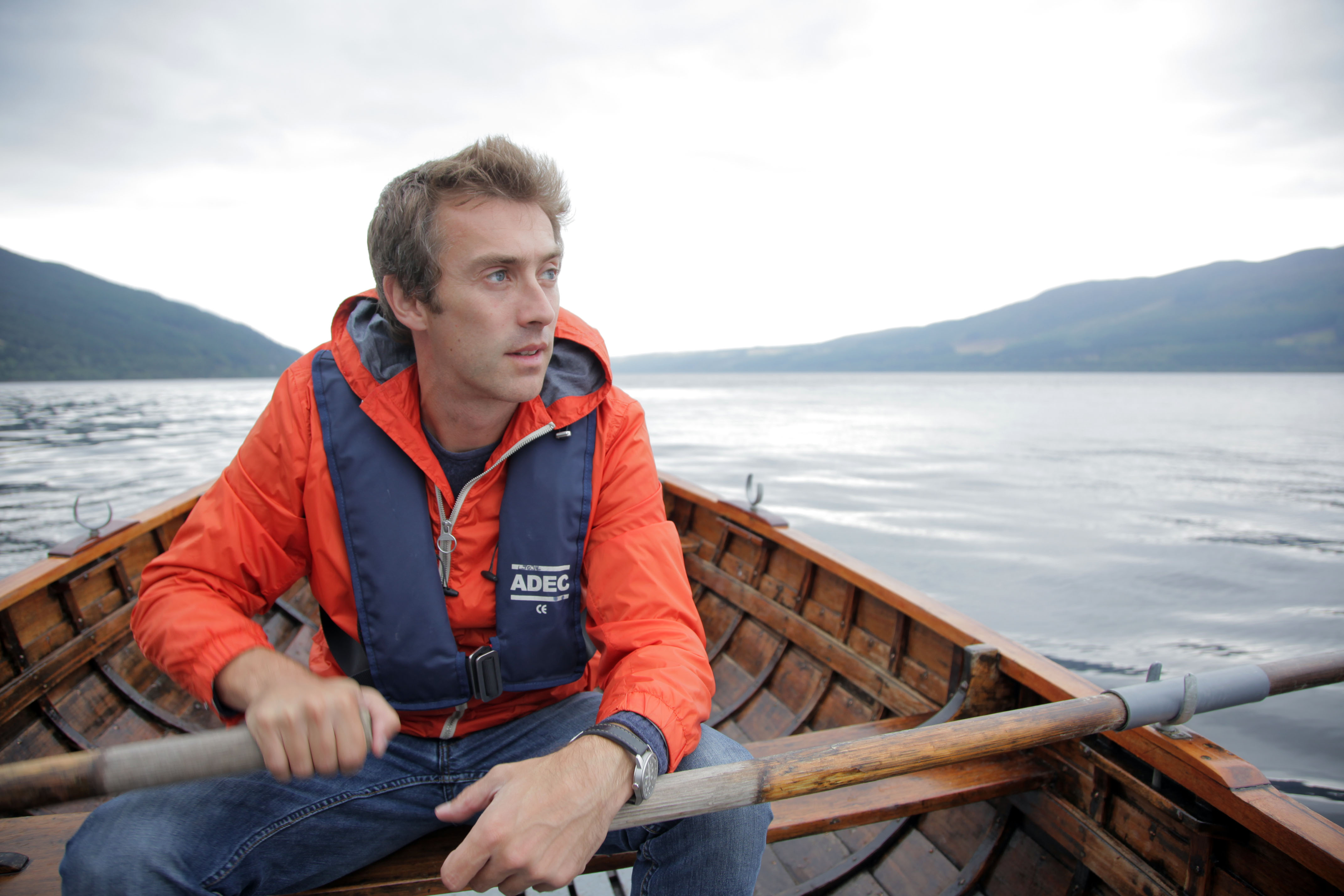 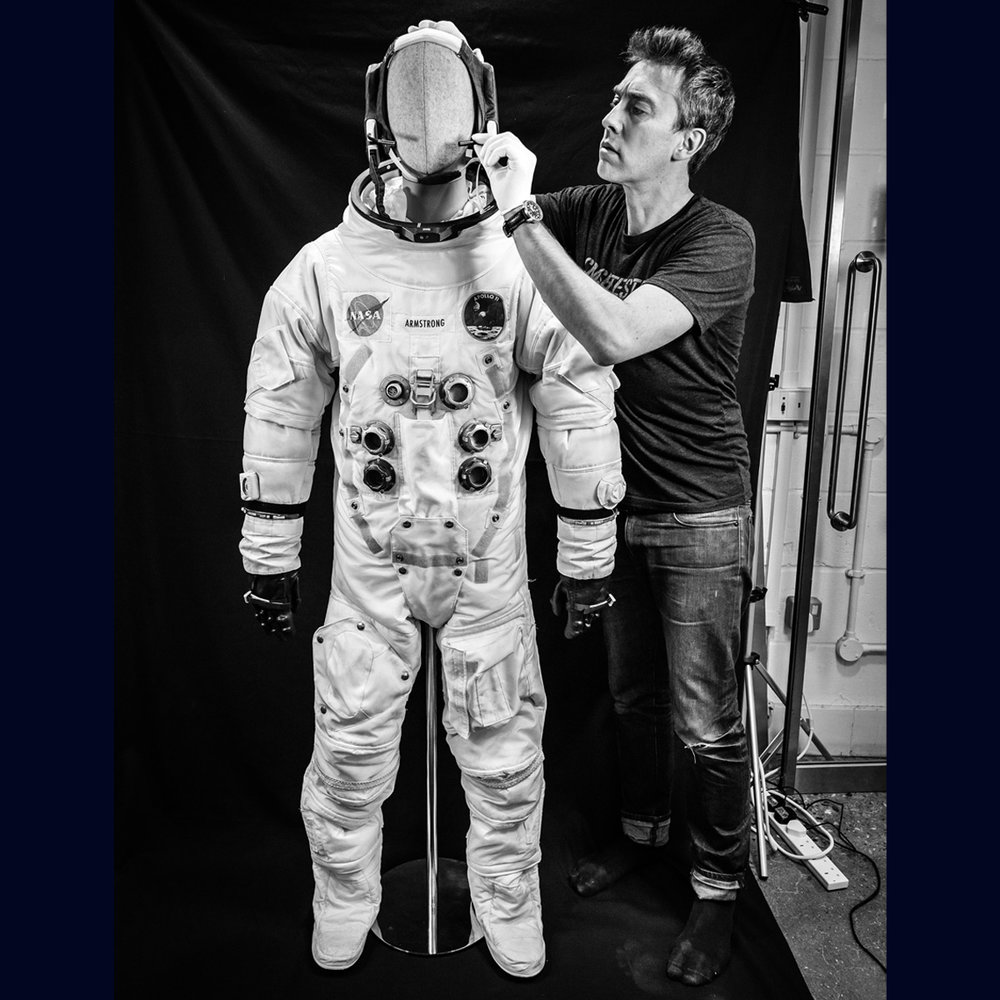