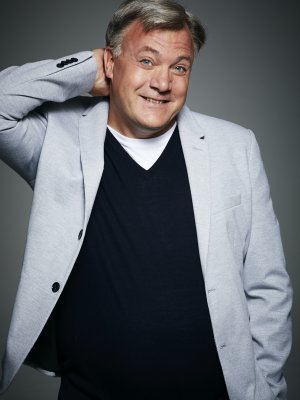 He was UK Shadow Chancellor of the Exchequer and served in the UK Cabinet as Secretary for Children, Schools and Families. He was the UK Minister for Financial Services and the Chief Economic Adviser to the UK Treasury during which time he was Chair of the IMFC Deputies and UK G20 Deputy. While Shadow Chancellor he was co-Chair with Larry Summers of the Center for American Progress Inclusive Prosperity Commission.

He was a Teaching Fellow in the Department of Economics, Harvard University and a leader, writer and columnist at the Financial Times. He has also written for the Guardian, New Statesman and Tribune and co-authored a number of books, papers, articles and pamphlets including the Sunday Times bestsellers Appetite: a Memoir in Recipes of Family and Food and Speaking Out: Lessons in Life and Politics. He studied economics at Keble College, Oxford and the Kennedy School of Government (MPA) where he was a Kennedy Scholar.

Ed was dubbed ‘The People’s Champion’ after the extraordinary public response to his dance performances in BBC’s Strictly Come Dancing. His memorable performance of Gangnam style with partner Katya Jones was nominated for the 2017’s Virgin’s Must-See Moment BAFTA award.

Ed’s latest BBC series, Inside the Care Crisis with Ed Balls aired on BBC2 in October 2021. Ed has also presented Travels in Trumpland: with Ed Balls, which was broadcast on BBC Two in July 2018, and a follow-up series, Travels in Euroland with Ed Balls, was broadcast in January 2020. In 2019, Ed presented the BBC TV series What Britain Buys And Sells In A Day alongside Ade Adepitan and Cherry Healey and was part of the core ITN Election Night team in 2017 and 2019. Ed appears regularly on BBC’s The One Show, Radio 2 and Radio 4.

In February 2021, Ed was the inaugural winner of Celebrity Best Home Cook (BBC One).  Ed has previously presented Ed Balls’ Dream Dinner Party for BBC Radio 4, bringing his heroes back from the grave through the wonders of radio archive. You can listen here. Ed broadcasts regularly on BBC Radio 2 and BBC Radio 4 and has previously hosted Have I Got News For You (BBC One), Ed Balls on Musical Theatre (BBC Radio 2) and Friday Night is Music Night (BBC Radio 2).

Ed lives in London and Castleford with his wife, Yvette Cooper MP, and their three children. Ed’s interests include learning the piano, cooking and marathon running. He has run the London Marathon three times, raising over 160,000 for WhizzKidz, a disabled Children’s charity and Action for Stammering Children. His new found hobby is dancing, having competed on the 2016 series of Strictly Come Dancing.

Ed is a Patron of the British Stammering Association and a member of the Holocaust Memorial Foundation Board.

Ed Balls is available for after dinner and conference speaking.

The conference was a great success, and Ed was the perfect way to round off the day. He really captured the light-hearted, relaxed feel of the evening, and had the audience enraptured the whole way through. He did a fab job and was incredibly well received.

RSMR Annual Conference and Awards Dinner via Speakers in Partnership

Ed was even better than we had hoped he would be. Engaging, open, honest, funny and very interesting. Please pass on our thanks to him.

Good match for conference attendees – good mixture of “serious funny” and “silly funny” stories. Managed to involve top table attendees which makes them feel special. Would definitely recommend for similar conferences. His approach of 70% humour and insight and 30% broad/high level politics was a great mix for our crowd, so much so that groups of tables wanted to mingle with him after the speeches.

Thank you for the hugely valuable part you played in our Leaders’ Forum. This was a new format for us that relied on enthusiastic, insightful and articulate speakers and you passed with flying colours! We have had very positive feedback and I greatly appreciate all the time and thought you put in to our event.

I just wanted pass on our sincere thanks for Ed participating in our event, I think we can definitely say he was received very well by our audience and we are really grateful for the additional time Ed spent with everyone before and after his session. I know a lot of speakers would not have invested this additional time. I will be delighted to recommend him for other speaking opportunities.

On behalf of all of us at Jefferies I would like to thank you for your excellent speech last night at The Ned and for being so generous with your time afterwards. You managed to get the tone exactly right for the occasion. We have received lots of complimentary messages from people who were there and I think you have won a number of new fans. It was a huge pleasure to meet you.

Ed was fantastic without doubt one of the best they’ve had over the years. He was charming, funny, polite and accommodating. His speech hit exactly the right note, he even managed to bring soft drinks into it. He touched on strictly and politics. He did a Q& A which went on for ages and had some random questions all of which he answered without hesitation. He posed for lots of photos, the women in the room absolutely loved him and he had a lot of Strictly posed photos. She asked if she could get him a car at the end and he said no don’t worry I’ll hop on the tube. They were so impressed with him.

Ed was a great speaker. Very down to earth, charming, engaging, knowledgeable and he delivered a great speech. He is definitely up there with the nicest speakers I’ve had the pleasure to work with, an absolute joy!

I am writing to thank you for joining us at the ABI’s Annual Conference 2022.
I was delighted that you were able to share your reflections on your time in government and your insights on the current political landscape. Feedback from attendees has been exceptional and your conversation with Louise was the perfect close to the day. Your participation clearly contributed significantly to what was a highly successful event, and I would like to thank you on behalf of the ABI and our members.

A note to thank you for an extremely enjoyable, entertaining and enlightening speech at last night NFDA Ball. All attendees have been extremely complimentary.

I wished to record with you my personal thanks for speaking at the conference this year. All of the feedback that I heard was extremely positive and I think that you pitched your talk perfectly. Thank you also for your good humour at the drinks beforehand and in dealing with the inevitable requests for selfies.

I wanted to thank you for speaking at our conference dinner on Tuesday and providing such a mix of the light-hearted and serious side of politics. We’ve has extremely positive feedback to your address.