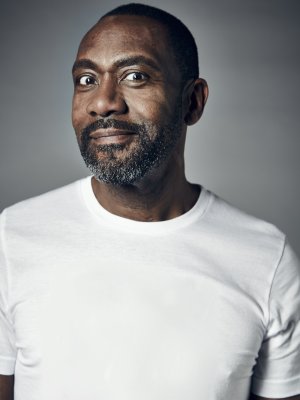 Sir Lenny Henry began his career at the age of 16, rising from being a cult star on children’s television to becoming one of Britain’s best-known comedians, as well as a writer and an award-winning actor.

First finding fame as a comedy impressionist on a 70’s TV talent show, Lenny has appeared in numerous TV shows, and selling-out live stand-up tours in the UK, Australia and New Zealand.   His work has won him many awards including the Monaco Red Cross and The Golden Nymph Award at The Monte Carlo Television Festival, the Radio & Television Industry Club Award for BBC Personality of the Year, The Golden Rose at the Montreux Television Festival and a Lifetime Achievement Award at the British Comedy Awards. In 2016, Lenny was awarded the British Academy Television Special Award.

In 2009 Lenny made his West End acting debut in the role of Othello in the Northern Broadsides production at the Trafalgar Studios. His portrayal won him huge critical acclaim and the London Evening Standard’s Milton Shulman Award for Outstanding Newcomer.  Other stage roles Lenny has been praised for include Antipholus of Syracuse in The Comedy of Errors and August Wilson in Fences.

Lenny was awarded a knighthood in the Queen’s Birthday Honours for services to charity and drama, which he received in 2015.

The following year, Lenny was awarded a fellowship of the Royal Television Society, alongside a Judges Award for his work raising awareness of diversity within the television industry. He was also honoured with the Alan Clarke Special Award in recognition of his outstanding creative contribution to television at the 2016 BAFTA Awards.

Alongside his work on stage and screen, Lenny is probably best known for his role in Comic Relief, the charity he co-founded with Richard Curtis in 1985.  Lenny is also a vocal advocate of Diversity in the Arts and in 2018, having completed a course at Royal Holloway University of London, Lenny received a PhD in Media Arts.

Lenny’s stage presence, energy and skill makes him a perfect choice for corporate events.  One of the most experienced acts on the circuit, he brings that extra star quality, professionalism and always a personal and tailored performance to any event.

Introduced as the surprise guest at the 2018 Toyota Best Retailer in Town awards, Sir Lenny Henry’s enthusiasm, energy and undoubted comedic brilliance, charmed an expectant audience of nominees and winners. A mixture of his classic humour combined with detailed tailored researched material was a huge hit. Many of those who attended previously claimed this to be the best awards event we have held. A genuinely nice guy whose professionalism, experience and undoubted star quality helped us to have a fantastic evening.

He owned it tonight. What an inspiring and entertaining keynote. He delivered and then some….

He was amazing! Completely star struck!

I just wanted to take a moment to say what a star Lenny is. ..Lenny was quite definitely the best Host they have ever had…

[The client] was thrilled at Lenny’s entrance song, could not get over what a fantastic singer Lenny is and how tightly rehearsed the whole thing was. Lenny was spot on. He says Lenny was superb throughout the whole awards show he was really funny and the audience loved him. There are certainly some excellent comments on Twitter this morning…. Lenny adlibbed, kept control and his experience showed through. Lenny was a consummate professional through the whole booking start to end.

Thank you for all your amazing help with Lenny and launch. Lenny and John were terrific and it went so well, we couldn’t have hoped for better!

Very happy thanks! Lenny was a dream to work with!

I wanted to extend my heartfelt thanks to you both and Lenny for such a sterling effort last week. Please also pass on my massive appreciation to Lenny. He was a complete star on the night in the face of some sharp-end show-cutting shenanigans and he was the perfect host for the show. Everyone loved him.

I have heard back from the client and they were absolutely thrilled with Lenny!! The feedback couldn’t be better; they loved how patient and flexible he was and were blown away by how personal he made it to SPAR. They said everyone (including the children) was recounting his jokes the next day! So absolutely fantastic!!!

Just a note to let you know how absolutely thrilled we all were with your wonderful performance at our conference this week. It really got us off to a fantastic start, setting the tone for the whole event and putting us all on a high that we really haven’t come down from yet! And how you managed to get so many laughs out of the briefing we sent you, we’ll never know! Everyone has told me how brilliant they thought you were…. Thanks for making our conference a great one, Lenny

The event was a triumph and in no small way thanks to Lenny. He was absolutely great. He changed the mood as ever with his stand up and was really good with all the winners of awards in the presentations. What a pro!

The overall feedback has been very positive indeed and I must admit that I have never seen the Networkshop audience quite so enlivened at a Conference Dinner!… His musical session with Ken on the Guitar was great fun!… We loved the JANET community renaming The JANETERS. A real gem and one that has caught on since… How do we follow Lenny Henry next year for this event?!

Needless to say, [Lenny] was brilliant! The feedback is now starting to roll in and we’ve had nothing but positive comments about his performances and the event as a whole. From me personally, a big thank you…I would very much like to work with both Lenny and John again!

Although I was still very fragile from the previous night’s escapades, I have never laughed that much ever…really ever!!! Lenny Henry rocked.
Compere compare Lenny Henry was an ideal person for the job, he kept everybody [all 2000 + people] entertained.

I absolutely loved Lenny Henry. I think he was fantastic! He definitely made the conference fun, and presented very well indeed!

Lenny was a great host, and his content went down really with the audience – both the humour, and messages between political and social causes.

On behalf of JP Morgan, I would like to offer my sincere thanks for your willingness to support our DE&I week activities by being our guest last week. We had almost 700 people dial in live, and the employees recognized it as a special event in a week featuring many great events. 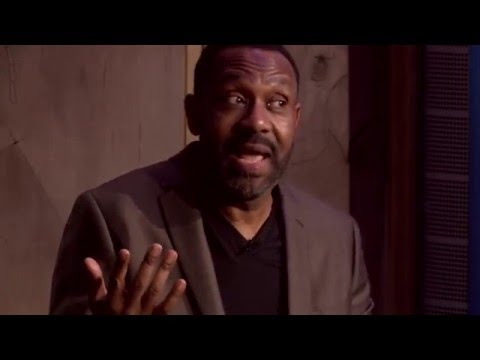