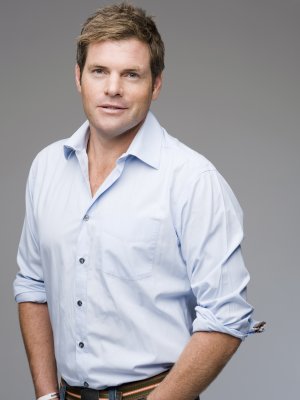 Mark Durden-Smith is one of Britain’s most versatile television and corporate presenters.

In 2015, Mark hosted ITV1’s gameshow Freeze Out.  He has presented ITV’s flagship show This Morning, and has been a regular newspaper pundit for ITV’s Lorraine.  Mark also guest presented for The Breakfast Show (BBC London Radio).

Mark was the anchor for the launch of RI:SE, Channel 4’s breakfast show.  He has presented ITV2’s I’m A Celebrity Get Me Out Of Here Now, The Underdog Show (LIVING) and Gutted (Home).  Mark has also hosted ITV1’s holiday series Wish You Were Here – Now and Then and has also fronted ITV1’s Boat Race Coverage which was nominated for a Broadcast Award.

Mark’s writing credits include a regular column for Metro Newspapers as the ‘Voice of O2’ for the England Rugby Team at the Rugby World Cup.

Mark is one of the most experienced corporate hosts on the circuit.  He has hosted a huge variety of events with great success.  His charisma, enthusiasm and competence as host and facilitator have impressed and delighted corporate clients, many of whom continue to invite him back year after year.

Mark was great, he went down really well and was extremely good.

We have worked with Mark over many years and for many different awards ceremonies. He goes above and beyond by researching key members of the audience in advance to give that extra personal touch on the night. He brings a lovely charm and character to any event and is extremely easy to work with. Mark will take your technical script and add his own personal touch to ensure your event stands out from the crowd!

Mark went down a storm! He did a fantastic job.

He was fantastic and probably the best host we’ve had in 30 years!

Mark did a superb job last night – best ever. His combination of being quick on his feet and having done a considerable amount of ‘homework’ is a real winner for us! Many thanks Mark for making it a splendid event.

Mark has been amazing both in the preparation and at the keynote. Extremely professional, hard-working, and pleasant to work with. An experienced professional who made everyone comfortable on stage, improvised on the spot when this was needed, and with a smart sense of humour.

He was excellent. Mark adds a lot to the show – he was funny, had done his homework and everybody loves him!

The event was a great success and everyone loved Mark.

Just wanted to say thank you so much for arranging Mark to host our awards: he was fab, went down a treat and was such a professional to work with. I was honestly blown away with the research he had done on our members, wow!

I’ve already had a couple of members asking for details to book him for their own awards. I’m sending feedback out to the guests today but I’m pretty sure he will get rave reviews.

Mark did an excellent job. The best yet. He was funny, irreverent and made everyone feel included with his infectious humour. He had clearly done his homework too on the winners as they went up to the stage. We were very pleased. Some great feedback from guests too….We will definitely be booking him again!

Mark, thank you so much for your delivery on the night. The preparation you put in to understand Project One in the timescales you had was simply outstanding and paid dividends. Your wit and entertaining banter was the perfect balance for our audience. You literally had the audience in the palm of your hands throughout. The energy and passion you put into this was clear for all to see. We’d like to pass on our sincere thanks for making a real difference to the event and if we ever have the opportunity to work with you again, we would be delighted to do so.

Mark was fantastic as our awards host…He really resonated with the audience, and obviously spent some time doing his homework on the event and the audience that would be attending. His humour and light hearted but professional approach worked really well and elevated the event to a new level. This is quite a hard event to host but Mark’s approach and control of the audience was just what was required – he really kept their attention. Mark also spent time after the awards ceremony chatting with our guests and generally made himself available, which was really appreciated by all those that attended. He was funny, charismatic and related well to the audience.

Mark was absolutely fantastic and we will definitely be suggesting him to other clients for their awards!

I would thoroughly recommend Mark as an awards host for corporate events. His fun, vibrant style really helped create an excellent atmosphere, and he had obviously done a lot of research in his own time on the presenters and winners of our awards, as he ad-libbed stories about them throughout the night. He stayed on to celebrate with the winners after the awards, and we were so pleased we booked him”

My client was absolutely delighted- I’ve had so many emails and texts singing his praises. He charmed the pants off everyone at the event. I have been doing the show for 6/7 years and he is by far the best person we’ve had to date. It is a busy day, with lots of meeting and greeting, and Mark was as polite and interested in the 100th person as he was with the 1st! He made my job so easy. I would recommend Mark any day. Please pass on my HUGE thanks!

Mark was absolutely fantastic, what charisma he has. He had the audience in his hands, was extremely funny and added to our special night. He was the perfect host for our event and he made the evening flow so well with his charm and wit.

Mark knows our event well from previous years and is always knowledgeable and helpful – his performance is always warmly welcomed by his audience at the Awards and he is really good to work with. He helps make the Awards Ceremony the success that it is…We very much hope he will be able to do our event again next year.

Mark, many thanks for making it such a success last night! I thought your Q&A with the winners was great fun, and your warmth and energy kept the show going superbly. We got very good feedback afterwards.

I just wanted to say a big thank you to Mark for doing this event for us again – the client said he was (again) excellent!

[Mark] just to say thank you so much for being so professional and such a good sport on Friday. You were a pleasure to work with and I appreciate all your hard work and the time out you took to talk to everyone