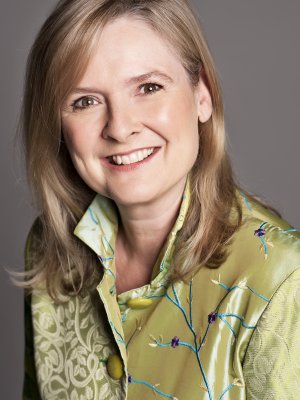 Martha Kearney presents BBC Radio 4’s Today programme.  She was the main presenter for The World at One for more than a decade and has developed a reputation as one of the BBC’s most respected political journalists.

She has also fronted a number of documentaries on BBC 2 and BBC 4 on history, literature, nature and art.

In 2015 Martha presented The Secret World of Lewis Carroll, which saw her investigate what really lay behind the extraordinary appeal of Alice’s Adventures in Wonderland.  The same year saw Martha front Great Irish Journeys with Martha Kearney (BBC 4).

Other credits include Jane Austen: The Unseen Portrait? (BBC 2), The Great Butterfly Adventure: Africa to Britain with the Painted Lady (BBC4), and being a keen apiarist she’s hosted The Wonder of Bees, Who Killed The Honey Bee? (BBC 4), and Hive Alive (BBC 2).

In the Books That Made Britain series she presented a special on East Anglia: The Scene of the Crime (BBC4)

Martha began her journalistic career in radio, and worked as Lobby Correspondent for LBC / IRN, before joining Channel 4’s Week in Politics team. She has been political editor of Newsnight and presented Radio 4’s Woman’s Hour for nearly a decade.

In 1998 Martha was nominated for a BAFTA for her coverage of Northern Ireland peace process and has won the Sony Radio Bronze Award for a special on child poverty.

Martha is available for a conference facilitating, awards hosting and speaking. Her after-dinner speech includes wild stories from her LBC days, on air disasters and interviewing some of the most famous people in the world. She also talks about her passion for beekeepers and its accompanying trials and tribulations!

From everyone at NHS Providers, I wanted to say a big thank you to Martha for her excellent chairing and for playing a major role in ensuring we were able to put on such a high quality event. We’re delighted with the feedback we’ve had from those who attended and all the interest we had on twitter and other channels. It’s been very well received and that is in no small part down to Martha– thank you.

Martha was a great host and we have received some excellent feedback on how well the whole AGM went. We would certainly be more than happy to work with Martha again, she was extremely professional and also very friendly towards myself and my team.

Martha was excellent and the audience really enjoyed it.

I am writing to express my sincere thanks for chairing our human rights debate earlier this week. Feedback from attendees has indicated that they found this to be a hugely enjoyable, helpful and mature debate: due in no small part to your excellent chairing.

Thank you for participating in the Heritage Question Time event…it was a fantastic evening… You were quite wonderful! I am new to that sort of occasion and can only admire how skilfully you managed the event, keeping the debate engaging and to time , not an easy task with a group of people with a lot to say!…Thank you once again for being such a professional and for your advice and guidance about these future event.

HERITAGE COUNTE: A SENSE OF PLACE