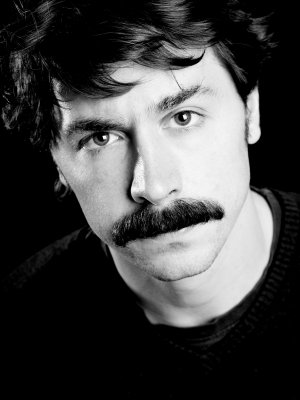 Mike Wozniak is an award-winning comedian, writer, actor and voice-artist.

Mike began his stand-up career in 2007, making his Edinburgh Festival debut in 2008 and earning himself an if.comedy Best Newcomer nomination and winning the Time Out New Act of The Year Award in the process.

The following year he was nominated for the Chortle Best Newcomer Award, whilst his two-man show with Henry Paker, The Golden Lizard, won the Leicester Comedy Festival Best New Show award in 2010.

He won a Foster’s Edinburgh Comedy Award nomination in the Best Comedy Show category for his solo show, Take The Hit.

Mike’s other TV credits include It’s Kevin (BBC 2), Richard Hammond’s Secret Service (BBC 1), Dawson Brothers, Happy Finish (Channel 4) Funtime, and Live at the Electric (BBC 3). He has guested on Act Your Age (Radio 4), and has written on Stand Up For The Week, 8 Out of 10 Cats, Newsjack, and The News Quiz. He is also a regular contributor to the Beef and Dairy Network Podcast.

Most recently, Mike launched the popular St Elwick’s Neighbourhood Association Newsletter Podcast with Dotdotdot Productions, and appeared as a contestant on Taskmaster (Channel 4).