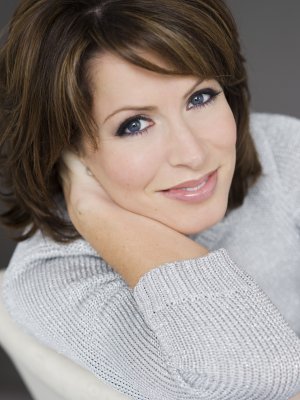 Natasha Kaplinsky is one of the UK’s leading broadcasters and one of the most familiar faces of TV news.

She has previously worked as one of the anchors for ITN network and was the Face of Five, anchoring the channel’s main evening news programme. She has also been the co-host of 6 O’Clock News and BBC Breakfast as well as being a news presenter with Meridian and Carlton. Whilst working as a leading member of the presenting team at Sky News the channel won a BAFTA for Best News Channel.

Natasha enjoys hosting factual and entertainment programmes. Her credits include: Children In Need, The VE Day Celebrations, The Royal Variety Show, That Sunday Night Show, and Have I Got News For You.

She has also hosted many one-off documentaries including The People’s Medal, Missing: Without Trace and On the Run (ITV).  She recently presented Images of Diana for BBC Radio 5 Live, a documentary series examining pictures of the Princess of Wales.

Natasha discovered a hidden talent in 2004 when she took part in BBC1’s Award-winning show Strictly Come Dancing, becoming the first ever winner. She went on to present the second series as well as hosting Strictly African Dancing and the Big Screen Opera events for the Royal Opera House.

She has also been the subject of Who Do You Think You Are? (BBC1).  In this programme she learned that members of her family had suffered in the Holocaust.  Following this discovery, Natasha joined in the task of the UK Holocaust Memorial Foundation and has since discussed her work for a Holocaust Memorial Day special for BBC1’s Antiques Roadshow.

Natasha is a member of the Prime Minister’s Holocaust Commission and was awarded an OBE in 2017 for services to Holocaust Commemoration.

In 2019 Natasha was announced as Barnardo’s new President as well as being a patron of Merlin and The Willow Foundation and an Ambassador for Save the Children. This made her the natural choice to present ITV’s entertainment series, Born to Shine, produced in partnership with Save The Children and nominated for the Rose D’Or.

Natasha grew up in Kenya. Her family later moved to the UK where she studied English at Oxford University. She lives in Sussex with her husband, their two children and a growing assortment of animals! She is also the co-founder of Mum & You, a new baby brand designed by mums.

Natasha Kaplinsky is available for large-scale awards hosting and conference facilitating. Her intelligent and professional, yet personal approach makes her an engaging host for a wide range of events.

The event was a great success. Everything ran smoothly, and Natasha did a brilliant job of holding it altogether. She was a key part of the day and did a wonderful job, we’re really pleased.

The event ran smoothly, and Natasha was completely fantastic as expected. We really like the way she can chair Q&As by bringing the focus in the right areas, and diplomatically shortening rambling answers when needed!

I am happy to say that the conference went very well and Natasha was absolutely fantastic throughout the entire day, a mixture of pure professional and charming. She thoroughly engaged with all of our speakers before each session, giving everyone plenty of her time and was especially knowledgeable when it came to feedback on the topics and taking questions. She really did make my job very easy on the day and please do pass on all of our thanks as it was a delight to work with her.

Natasha was absolutely brilliant, she did a wonderful job, she was charming and a pleasure to work with! Please pass on our thanks.

The conference was a very big success and has received high praise from all quarters, locally and internationally. We too are very thankful to Natasha for kindly accepting our invitation and helping us achieve yet another milestone by playing a stellar role at the opening plenary. On our part, Natasha has never been and will never be considered a paid artiste or performer. Rather, we see her as a key team member of ARC who is committed to delivering excellence. And we are grateful for that.

It has been an honour working with her again and we look forward to welcoming her back to Doha. I also take this opportunity to thank you and your team for the excellent coordination and understanding extended to us.

I am writing on behalf of the Academy, Fellows and guests to thank Natasha for her marvelous performance at the Awards Dinner Last week. Her professionalism and stage presence on the night contributed in large measure to the success of the event. We are extremely grateful that she was able to join us and contribute to a most splendid evening. We have received a huge number of enthusiastic and glowing comments about the event this year and hope Natasha enjoyed the evening too.

Many thanks once again for another exemplary and professional show from Natasha…Not only was the client very happy again, several of the sponsors and winners were also extremely complimentary and I am certain that Natasha’s work on stage greatly added to their enjoyment of the evening. Just as importantly, from our perspective, she was a pleasure to work with as always – this was an especially complicated show this year on a very tight schedule and it is a great joy to have a presenter as efficient, professional and calm as Natasha.

The event went very well and you were fantastic. Your introduction was great fun and when the first gold medalist came on stage a bit overcome by the moment, you handled him brilliantly and that set the tone for the night.

You came across very much as “home team” rather that just another celebrity, really in tune with making the night a night to remember for everyone.

CONSTRUCTION MANAGER OF THE YEAR AWARDS

Just a quick note of thanks for Natasha’s accomplished presentation at our event this morning at The Lyceum. The event was a great success and Natasha did a superb job; if you could pass on thanks to her from all of us at ATG that would be really appreciated.

Natasha was superb as the host for our Friday event and added a huge layer of professionalism to the evening. She came across as someone who was genuinely impressed and excited with what she was presenting, which made everyone feel very special indeed. At least half of the audience fell in love with Natasha while she was with us!

…your personal and informal style struck a chord with our delegates. Your charming personality, impeccable preparation and presentation skills did the rest. It was an honour to work with a true professional.

We were delighted when Natasha confirmed her availability to host our Awards as we knew that she would be perfect for our audience, based on her experience with and support of charity fundraising, as well as her warm personality. On the evening, it was clear from the audience response that this was the case!

Many thanks for being such a pleasure to work with and being so accommodating despite the overrun! I hope you’ll pencil us into your diary for next year.

Please can you pass on my thanks to Natasha. She did a fantastic job and, as always, was a pleasure to work with; a true professional.

…please pass my thanks onto Natasha. She was such a breath of fresh air such a professional, a fantastic host and an absolute a joy to work with. I will definitely be recommending her to all the other publishers we work with in the hope of getting more work for her soon, as well as more work with Reed Business who were the publishers of last week’s event.

Just a short line to thank Natasha for an excellent job at the World Superyacht Awards. As ever she did an excellent job as presenter, including dealing calmly and unflappably with a key sponsor wandering widely off script. She was also a pleasure to work with and calmness personified…The client were very happy once more and we hope to work with her and you again soon.

Natasha was an absolute joy to work with; she went over and above our expectations taking the time to learn about the client and the key messages delivered by the conference. Not only did she utilise her excellent journalistic skills during Q and A sessions but also added a touch of humour into her role as host ensuring she was well received by all. She was extremely popular with both the presenters and delegates and we would very much welcome the opportunity to work with her again.

She was a huge success again and won the hearts and minds of all fortunate enough to meet her. She is such a professional, works with all we throw at her and has time for absolutely everyone.

Natasha Kaplinsky was a pleasure to work with as the host of our region’s biggest awards ceremony, she commanded a room full of business men and women with ease and adapted to any changes quickly and efficiently. On a personal note, I thoroughly enjoyed working with Natasha and wouldn’t hesitate to recommend her.

Natasha was fantastic. True professional and really took the time to understand our audience and the deliverables of the Learning Awards. Our audience were very receptive of Natasha as she was warm but fun. She engaged on every level and even took the time to pose for photos afterwards. She gave an excellent performance!

Natasha did a fantastic job, keeping a difficult and sometimes evolving agenda and programme on track, making sure speakers didn’t evade questions, as well as encouraging so many people to ask a variety of questions from the floor. The feedback from the conference has been overwhelmingly positive. Natasha played a key role in facilitating this.