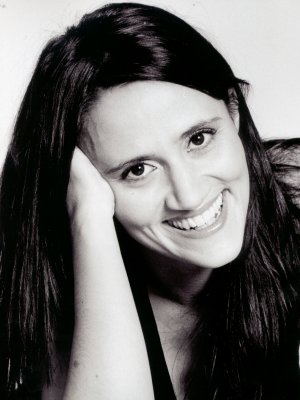 Nina Conti is a ground-breaking ventriloquist, BAFTA nominated filmmaker and British Comedy Award winner. With two sell out UK tours under her belt, Nina embarked on her third much anticipated tour, In Your Face in 2015, which she has since taken to the States and Australia.

With two sell-out UK tours under her belt, Nina embarked on her third much-anticipated tour, In Your Face in 2015. She has since taken the show to a residency in New York and then to New Zealand in 2017.

Alongside her live work, Nina is a regular on our screens with hugely successful appearances on The Nightly Show, Russell Howard’s Good News, Live at the Apollo and The John Bishop Show. Nina has also appeared on QI, Celebrity Squares, Sunday Night at the Palladium, the Rob Brydon Show and HBO’s Family Tree.

Nina Conti started doing stand-up ventriloquism in 2002 and shot to fame by winning the BBC New Comedy Award that same year. Famed for her foul-mouthed sidekick Monkey (Monk), Nina has won numerous comedy awards for her writing, acting and ventriloquism. Nina regularly headlines at UK and London comedy venues, and has appeared at The Comedy Store and Soho Theatre. She has taken numerous shows to the Edinburgh Fringe Festival. She has also appeared at the Melbourne International Comedy Festival and the Montreal Comedy Festival. In 2014 she was nominated for The British Comedy Awards: Best Female Television Comic.

Nina fronted two documentaries for BBC4 in 2012: Make Me Happy: A Monkey’s Search for Happiness saw Nina take Monk on a journey into the world of new age and alternative therapies and A Ventriloquists Story: Her Masters Voice in which Nina took the bereaved puppets of her mentor and erstwhile lover Ken Campbell on a pilgrimage to Vent Haven which was nominated for a BAFTA TV Award.

Alongside her live and broadcast work, Nina is an experienced corporate act and one of our most sought-after clients. She has performed after-dinner cabaret with Monk (and sometimes her other puppets) for clients as varied as Nokia, Deloitte, Caspian Publishing, AAH Pharmaceuticals , Jardine Lloyd Thompson, Adobe, the Duke of Edinburgh Awards, Incisive Media, the DRP group, PWC Events, and Euromoney, not to mention countless individuals’ private parties. Nina’s sophisticated intelligence and playful style suits a wide range of corporate audiences, and Monk can be as clean or as rude as each client wishes!

It’s a tough gig performing online but Nina (and monkey) were super funny – she made our night!

The event was a great success and Nina Conti was amazing.

We enjoyed Nina’s performance very much. And the positive comments we received show us that colleagues from all over the world liked it as well.

Outstanding!!! The whole night was brilliant. Nina was hilarious.

Nina was brilliant! She was absolutely hilarious and really tuned in with the tone of the room. All across the audience everyone was in stitches, and it was a fab way to round off a great day.

After many years of attending Head’s conferences, I must thank you for providing the most enjoyable after dinner experience that I can remember. You were superb and we were all in stiches. I and many others should have jumped to our feet and given you a standing ovation but I’m afraid we missed the moment. That said, all on my table were so full of praise for your act and have said that they’ll certainly try to see you perform live in future.

Nina was amazing! Literally the best act we have ever had and everything went smoothly. Everyone gave feedback afterwards and thought she was fantastic, even those who got called on stage. I’ve seen Nina many times on TV before but she was even better live. She is a true professional and a really lovely person.

I just wanted to pass on my thanks for everything on Thursday – Nina was absolutely fantastic and we’ve had nothing but positive feedback. She was very professional and it really was lovely to meet her. Please pass on our thanks to her.

Nina, wow! She was amazing. I was in tears of laughter. I looked around to see what everyone else thought and they were in tears of laughter as well. She worked the audience so well and got so much out of the people she brought on stage. I will definitely be recommending her to colleagues and other industry organisers.

Nina was brilliant on stage. Perfect talent for the audience. I will say that I was DYING laughing when Nina was on stage. She was a huge hit with the crowd.

As before, Nina was a huge success. Another hilarious evening and another standing ovation. Everyone loved her! Thank you for all your help and I hope to be in contact again soon.

Literally just returned to the office from our event and you are my first task of the afternoon, because I had to let you know straight away how absolutely brilliantly funny, smart and ?.(have to say it)?.. awesome Nina was!
She – and monkey ? had all 220 of us in absolute stitches from the start. Nina couldn?t have chosen a more appropriate guy from the audience for the mask set ? how did she know! So, not only extraordinarily intelligent, but psychic too.
And of course he in turn, given the opportunity, then selected the next most perfect person for a duo mask set. I haven?t laughed so much for ages….The whole place was in complete uproar at her witty and brilliant observations. Oh dear?.we all had complete jaw ache. This is one our client and their guests will be talking about for a long, long time. As soon as she finished there was an immediate standing ovation. We all loved it…I?m still chuckling now thinking about it!

Nina was instrumental in creating a high level of excitement in the weeks before our event and on the night she did not disappoint, despite the level of anticipation. She is incredibly funny, connects with the audience, literally of course, and everyone enjoyed the act. She was also very positive and accommodating in tailoring her act to include specific members of the audience, which was highly successful in its execution

Thank you so very much for your wonderful performance on Saturday night. Lord and Lady Dulverton were absolutely thrilled and it was just perfect using Rob and Katie for The Mask – guests were crying with laughter! Monkey was terrific and this sketch gets better and better. It was lovely to look after you – and you were an absolute pleasure to work with – thank you again for making Lord Dulverton’s Party such a memorable evening.

Excellent performance from a very talented lady (and monkey & granny!). She managed to keep a crowd of 860 (mainly male) guests quiet and entertained for almost 25minutes!! Result – well done! We would recommend her act to anyone. She’s brilliant.

THE CONSTRUCTION MANAGER OF THE YEAR AWARDS 2011

I wanted to write to thank you for helping me with booking Nina for our event last week, and to ask you to pass on our thanks to Nina for coming to do it. I had fairly high expectations, having been a fan of Nina for a long time, but I confess my expectations were surpassed. She was just brilliant. Not only was she just genius funny on stage, but she was also really lovely to work with and a huge pleasure to have around. The feedback has been universally and unashamedly positive, and she has helped to deliver what I think was our most successful meeting ever. Please do let Nina know how well received she was, and thank her again for taking the time.

Nina was exceptional. We were actually quite shocked, but that made it all the more hilarious!

Nina Conti was amazing and totally made the evening. In all the thank you letters that I have received everyone but everyone has said how fantastic she was. In fact a couple of people have rung up for details so hopefully she will get more dates for her diary…She was also so patient, as she didn’t get to go on until [late] but she did not complain once. Please thank her a million times over for making our evening such a huge success. We all absolutely loved her and hope that one day she will come back and do something else for us.

Nina was outstanding. The audience were totally captivated by her and the feedback has been fantastic from all concerned. From our side she was a delight to work with and please pass on our sincere thanks for her contribution to the evening.

Just to report: just back now from the party, where Nina performed for our guests. She was just perfect as a highlight to a really terrific evening. Everyone thought she was incredibly talented (which she is), hilarious and spot-on for our mixed group of people. Her time zipped by really quickly (which is always better than dragging). And she was delightful to deal with on the night. So, many many thanks for organising her to come along. And for capping off a really great party with dazzling entertainment.

Just thought you’d like to know that Nina did a brilliant job….she went down a storm!

Gut-bustingly funny and the crowd roared their approval throughout … trust me, it is yet another ingenious, adventurous conceit that has had a real comic intelligence applied to it. This is a really well thought out, clever, witty and downright brilliant show. Wonderful entertainment performed by an artist at the peak of her powers.

Nina Conti was amazing and I have never seen such a funny performance!

She went down an absolute storm!!

Everything went excellently thank you. Nina was amazing and I will definitely be considering her for future events.

Nina went down amazingly well and everyone had a great time

Nina went down a storm…superb 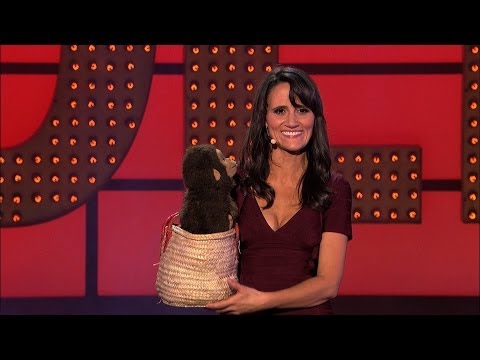