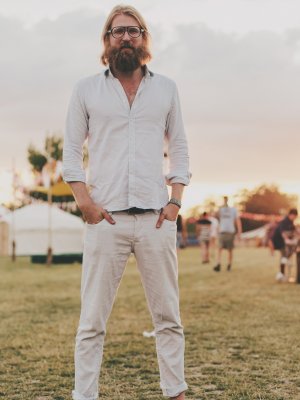 Sanderson Jones is an award-winning social entrepreneur, who founded the Sunday Assembly movement, that has built communities in 45 cities in 6 countries. His new mission is to spread the innovative idea of Lifefulness, which shows how the lessons from Sunday Assembly can be used in business to create dynamic, high performing workplaces rich in meaning and belonging.

The unique selling point of Sanderson Jones is his ability to take arresting content and deliver it with huge emotional impact to large crowds (one client called him ‘An emotional DJ, who can change the atmosphere of the room at will’). This skill was developed at Sunday Assembly, an organisation that creates social change by hosting emotionally impactful events that build community, and by his ongoing work as the first UK stand-up comedian to do live experiences that combine ‘Comedy+Wellbeing’.

Sanderson’s work as a global community builder, and social innovator has generated global media interest. His work has been featured in the NYT, BBC, NBC, Sydney Morning Herald, Die Zietung, The Economist and much, while he is a regular contributor to television and radio. He is currently working on ‘Meet The Unbelievers’, a web series exploring unbelief across the world.

The friendly funnyman with the uplifting tale will bring a smile to any event, business or otherwise as a keynote speaker, host, compare or comedian. People are endlessly fascinated by themselves, and with a bespoke, personalized performance your event will live long in the memory.

After a sold out run at the Edinburgh Fringe, Jones took The Comedy Sale to prestigious venues across the UK and Australia such as the Union Chapel, the National Theatre and Adelaide Town Hall. Recognition includes a nomination for the Malcolm Hardee Award in 2011 and a nomination for the Chortle Award for Innovation in 2012.

Prior to comedy he sold advertising at The Economist, where he was seconded to their digital skunkworks Project Red Stripe as a digital creative, before choosing the world of stand up over online start ups.  Prior to that he worked as a door-to-door salesman in Paris. From 2009-2011 Jones was the film critic for the The Lady magazine (he knows his CV makes no sense).

Sanderson was brilliant, his passion for bringing people together shined through onstage. He read the room perfectly inspiring and entertaining our audience in equal measure. We now all want to start everyday signing Adele at the top of our lungs!

Sanderson was fabulous! So a big THANK YOU to Sanderson for a great job!

?The night was awesome. It is the second time that Sanderson has hosted the awards and he definitely helped to pull off the ?Do Different? theme once again. It felt like a completely new show and as fresh as ever. The karaoke moments went down really well and a great night was had by all.?

Sanderson was one of biggest highlights we have had at our events. He had an excellent rapport with the audience and added some well placed wit that immensely livened up the atmosphere with a talk that was not only entertaining but very insightful. I would highly recommend him and look forward to working with him again.

Sanderson did his homework and really pulled together a hilarious presentation. It was the right balance of roasting as well as recognition. Love as well as laughter. He totally ‘got’ my husband’s personality and everyone really enjoyed themselves…most of all our Birthday boy.

Please pass our grateful thanks onto Sanderson. He was really brilliant and I think it will be very hard to top for next year!! He gauged the content just right, really commanded the audience and kept the flow of the evening going with bags of energy throughout. The level of research was apparent, very apparent.

JILLIE BUSHELL ON BEHALF OF THE MAA BEST AWARDS 2015

Sanderson was fantastic, extremely professional, polite and friendly; it was a true pleasure to meet/work with him. He was well received by the audience, very funny and anecdotal. He arrived promptly and was well prepared. Sanderson added value to our event. We are looking forward to working with him in the future ? [a] massive thank you from the Directors and Staff at Novosco.

Sanderson was excellent; [he] brought much laughter to the event. He arrived early to ensure AV etc was set up and ready for him, and even though the event was running late, he still did his 30 minute slot. His content was rated 10/10 by the client, [who] was wowed by him and would recommend him again.

[Sanderson is] the best stand up I have ever seen at an awards show! #dcsawards

@sandersonjones It’s not easy to be insightful and entertaining at the same time! Thanks for your #HNLondon talk.

Sanderson was a pleasure to work with and a true professional. In our pre-briefing conversations, he was very easy to work with and quick to understand what we wanted from him as a moderator and from the seminar itself. He was also proactive in contributing ideas too ? which we welcomed. He added the humour to the debate we were after but also kept it moving at a good pace and drew out the objectives we wanted. 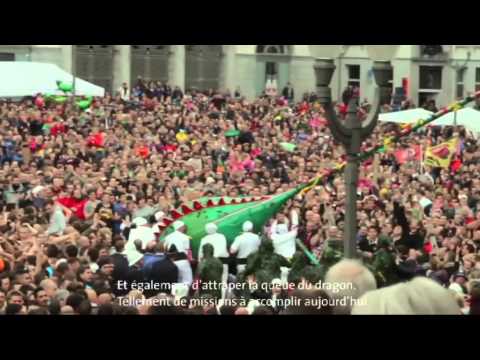