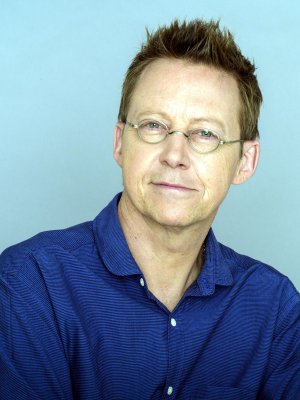 Simon Mayo is one of the nation’s most-loved radio broadcasters. With a career spanning nearly 30 years, he has worked for BBC Radio since 1981.

Simon presents ‘Drivetime’ on BBC Radio 2, which features the Radio 2 Book Club. He is also the co-presenter of Kermode and Mayo’s Film Review on BBC Radio 5 Live.

He has presented some of the U’s leading radio shows including the Radio One Breakfast Show, The Saturday Evening Show (Radio 1), The Simon Mayo Show for Radio 5 Live and The Album Chart Show for Radio 2. Simon also presented Act Your Age, a panel game for BBC Radio 4.

Simon also has a successful TV career. He hosted the National Lottery Winning Lines (BBC1) and Confessions (BBC1). He also presented The Big Dig for BBC2 in 2005.

Simon has written several books including Confessions, based on the hit feature from his drivetime show, the Itch series of children’s novels and his first suspense thriller for young adults, Blame.

He is available for a range of corporate work, including public speaking, Q&As and awards hosting. His experience and expertise make him the perfect host for any music or film related events. Simon’s past events include Katie Melua’s International Album Launch, Jacqueline Wilson’s Big Picnic Webcast and an inspiring speech on ‘what creates a good story’ at the HSS Hires ‘Conference.

Simon lives in London with his family.

Please pass on our thanks to Simon for the webcast and unveiling yesterday. He was of course brilliant and helped the event be a great success. We had hundreds and hundreds of schools watching the live event!

Simon was a great speaker – everyone loved it!

Simon was engaging, thought provoking and entertaining. Honestly couldn’t have asked for more. It was the perfect way to end the conference.