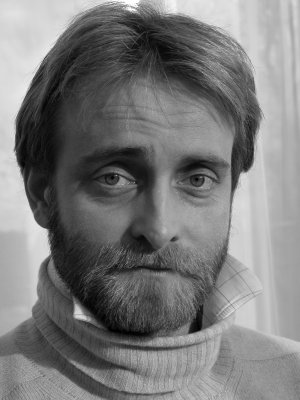 Tim FitzHigham is a Perrier nominated multi-award winning comedian, explorer, quadruple world record holder, historian, archaeologist, film maker and author. A regular on the corporate circuit, Tim can deliver after-dinner speeches, hold workshops, host award ceremonies and conferences, and he is also an experienced auctioneer (often the most difficult job of any successful evening but a vital one!).

Among numerous TV credits as a comedian, he has presented several documentaries for BBC1, and Super Human Challenge for CBBC which followed him around the world as he met the humans who defy science.

Tim has written and performed in two series of The Gambler for BBC Radio 4 based on his hugely successful 2011 Edinburgh Fringe show which centres on the ten greatest bets in history. In 2016 Tim toured the UK with his live version of the show. In the same year he starred in Channel 4’s royal family satire, The Windsors. He currently hosts the monthly BBC Radio Norfolk New Comedy Show.

In 2015, Tim was invited to speak in London at the renowned Moth series which has presented thousands of live stories told worldwide.

Tim is a regular performer at the Edinburgh Fringe Festival. He has also made many stage and film appearances including Wolfman with Sir Anthony Hopkins, Booked Out and Hereafter both directed by Clint Eastwood.

Tim has spoken at countless business and charity lunches including the World Economic Forum in Geneva, the Princes Trust Charity Lunch, and numerous receptions at the UK House of Lords, the London Livery Companies, and London’s Alderman.

He has hosted conferences, diverse exhibitions, and festivals both in the UK and abroad including hosting the Earl’s Court Boat Show and the main stage at Camp Bestival with the Wurzles and Suzanne Vega. He is also a Fellow of the Royal Geographical Society and Freeman of the City of London, and a Fellow of the Royal Society of Arts.

Knighted by a foreign monarchy, Tim is a man with brilliantly bad ideas. He is the only man to row the English Channel in a bath, and has entertained audiences world-wide with his fascinating, hilarious, moving tales of dreamy impracticalness – breaking records and setting precedents in paper boats, running across deserts in suits of armour, climbing up the outside of the Doha Torch building in Qatar, balancing on chairs on the edge of the Grand Canyon, rolling cheeses, cheeseboards and wheelbarrows unfeasible distances, trying long distance Morris Dancing and taking on the world’s strongest woman in a bus pulling contest – Tim is a one off.

Tim has a brand new after-dinner speech, in which he talks about challenges using his own remarkable experience. He looks at setbacks – like when the French Government outlawed bathtubs in French territorial waters – and how to overcome them; logistical problems – like getting insurance for a paper boat; emphasises the key message: never be afraid to fail – like when he lost an arrow catching contest to the man with the fastest reflexes in the world. From failure come some of the greatest ideas and triumphs. Tim got lost in a force 7 storm with 2.5 metre waves on his first attempt across the channel in a bath. He was hospitalised but never gave in. On the second attempt he was successful. This is an overwhelmingly positive speech from a man who simply never gives in and wants to share, empower and most importantly inspire others not to be overwhelmed by the challenges and restrictions that face us all. It’s also one of the funniest after dinner speeches by one of the country’s leading comic story tellers.

Following up his success as an in-demand, humorous after-dinner speaker, Tim created an all-new motivational speech for businesses. Tim’s speech stresses the importance of achieving goals and the usefulness of storytelling as a business asset. Combining up-to-date research with his own experiences on stage, in film, as a spokesperson for UN world environment day, as a farmer and as a highly successful businessman in his own right, Tim makes sure that no one in the room will ever make a boring or tired presentation again.

Furthermore, Tim can run storytelling workshops to cement and expand the key messages of his motivational speech, and these work well as a companion, or can be delivered on their own. From the heads of City Firms in London to the World Economic Forum in Geneva, Tim has made business people and corporate bodies laugh, think and, above all, developed their presentation skills to make them more successful and useful employees.

Tim was great and we had a really good evening. It went really well!

Tim was great for our leadership session. He got the tone exactly right, really engaged with the audience, but made sure that he tailored the message to those that we required.

Thank you SO much for joining us at the Ogden Primary Conference. The talk was received really well, everyone was chatting about it the next day.

Please pass on our thanks to Tim. He was brilliant. It was a very well-pitched, lively and fun talk ? that reflected the brief we’d provided, and the discussion we’d had on the phone about the BSA’s vision and mission, really well and I know that our guests really enjoyed it.

Last night was great and Tim was excellent he is such a nice guy!!! He had dinner with us which was really nice, and his set went down like a treat! So perfect on all accounts!!

I just wanted to drop you a line to say how fantastic Tim was at The Smalls Awards last night. He was an absolutely perfect host. He kept the audience entertained and spoke beautifully about film with great passion and interest. The audience loved him as did the organisers; a huge thank you to you and Tim.

Thank you for the amazing job you did on Wednesday [Tim], it was a great event and a real success. I hope you enjoyed the evening despite doing the entertaining! Also thanks for stepping in and donating your book as one of the prizes!

We felt that the event was a real success and the comments from all our guests have been really positive. You were so brilliant at MC-ing the event and I have no doubt that the amount we raised through both the silent auction, and the donating envelopes, was down to you!

Tim, I wanted to drop you a line to say a MASSIVE thank you for being our host and auctioneer last week. We have broken all records and raised nearly £120K for the CTBF. Last year we only made £90K so this is a fantastic achievement and we couldn’t have done it without you. You were a superb host and a brilliant auctioneer and kept everything running like clockwork. Hoorah!! I do hope we will be able to work with you again. Thanks once again for all your help and support.

THE CINEMA AND TELEVSION BENEVOLENT FUND

What can I say?! And how many adjectives can I think up…? Brilliant, amazing, fabulous, entertaining, funny, quick, fantabulous (I made that up) and of course genius. I have had such amazing feedback about you and the day itself. Again – you were amazing and I can’t thank you enough for hosting what is I think a difficult event. You worked that room so well and were amazing. Thanks again for being a great support.

Tim FitzHigham went down a storm…He was an absolute pleasure to meet, a very friendly, personable guy and the audience loved him. He delivered a humorous speech with a subtle business message which was perfectly suited to the event and the audience, and then stayed on to enjoy the rest of the proceedings.

You are an insatiable, delightful, eccentric, genius! It was a genuine pleasure to meet with you. Overall – You Amused, Entertained, Amazed and most importantly Encouraged. Made one very proud to be British.

Thank You for your considerable efforts and input towards a great day, your presentation was excellent – inspiring. Great energy. Everyone I spoke to, was very impressed and suitably amazed with your presentation. These things don’t just happen, and a lot of time goes into them. So, “Thank You” for your significant time spent on preparing and delivering.

Many many thanks. Wishing you very well, onwards and upwards or whichever direction you find yourself travelling in!

It’s fair to say that Tim completely exceeded our expectations. He was an absolute professional and his energy throughout his presentation and the awards hosting as fantastic. The audience were completely enthralled by his story and his sense of humour was very fitting. Many people have fed back to us that the evening event was the best one ever- and Tim certainly played a huge part in this

I would just like you to know that Tim performed here tonight and was quite brilliant. He did everything asked of him and more.

The Worshipful Company of Grocers

Fab! Tim was brilliant- absolutely perfect and went down a storm! I’ve had lots of positive feedback and people asking him for other events. I?m over the moon- you matched Tim to our event perfectly.

Tim FitzHigham went down a storm last Thursday night. He was an absolute pleasure to meet, a very friendly, personable guy and the audience loved him. He delivered a humorous speech with a subtle business message which was perfectly suited to the event and the audience, and then stayed on to enjoy the rest of the proceedings.

Tim was a fantastic speaker at our Awards Dinner. He engaged with the audience quickly and had clearly done his research which really impressed our business partners. His presentation was perfectly pitched being funny, motivational and interesting. Our guests were delighted that TIm also took time to visit every table and socialised after the dinner. We couldn’t have asked for more.

Tim was the ideal speaker for this kind of event, not only did he involve himself in the industry networking before and after the awards, but his after-dinner speech was perfectly pitched and of an ideal length. He was professional but laid-back, approachable and flexible. The feedback we have had has been very positive, attendees commented on how funny Tim was, as well as describing him as a good warm up for the awards ceremony itself. The audience really appreciated how Tim spent time networking with them rather than simply speaking. This was noted most of all.

Tim completely exceeded our expectations and was a better speaker and awards host than we could have imagined. He was an absolute professional and his energy throughout his presentation and the awards was fantastic. Many guests have said to us that the evening event was the best one ever and Tim certainly played a huge part in that. 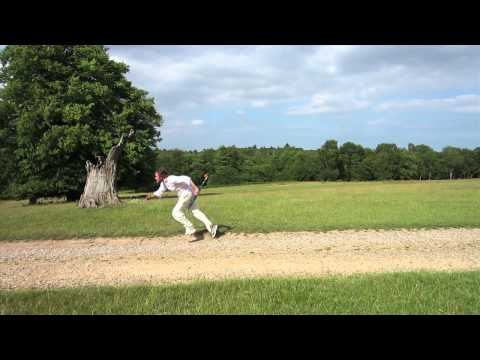 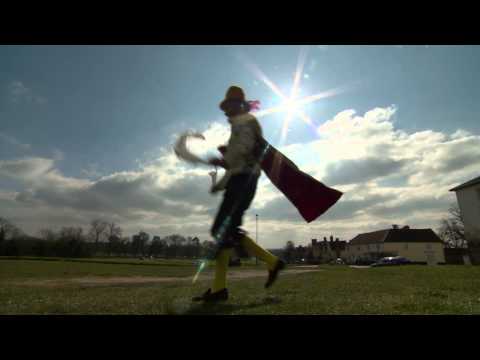