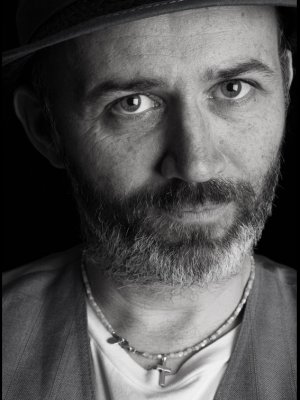 Tommy Tiernan has been working as a stand-up comedian for the past twenty three years. He currently moonlights as a chat show host and newspaper columnist.

A fearless force of energy, Tiernan is inspiring, and one of the few comics to take his audience on a genuine emotional journey elevating the soul through rich, honest laughs. Tommy has an instinctive way of crafting words to bring his anecdotes to vivid life and make the jokes truly resonate. Performances are high intensity, high octane, a no holds barred roller coaster ride as Tommy continues his constant interrogation of the big ideas – Sex, Religion, Family through the lens of his quirks, personal demons and sense of outrage.

When it comes to live ticket sales in Ireland, Tommy is second only to U2. The Bovinity Tour culminated in three sold out shows to a total audience of 12,000 in the Marquee Cork. No other artist, Irish or International, has ever managed to sell such an astounding number of tickets for three days in one city! With his Loose Tour he broke all Irish box-office records by selling out in venues across the country, including a staggering 166 dates in Dublin’s one-thousand-seat theatre, Vicar Street.

Not only has Tommy enjoyed success at home in Ireland and in the UK, but many other countries worldwide.  In America, Tommy has performed several times on the Late Show with David Letterman to rave reviews. His DVD Something Mental has been aired numerous times on America’s huge comedy network, Comedy Central, and has been viewed by over three million.

In 2009 Tommy set the Guinness World Record for the longest Stand-Up Comedy Show by an individual – a staggering 36 hours and 15 minutes!

Tommy’s tours continue in the US, Canada, UK and Ireland.  He has performed at The Royal Albert Hall, and he completed a sell-out solo tour of Australia and New Zealand with his show Crooked Man, and brought many shows to the Edinburgh Festival. He has also performed World Tours of Limerick, Cork, Sligo, Cavan, Louth and Monaghan.

Tommy has five children and is married to Yvonne. They live in Galway on the West coast of Ireland.

Has a comic ferocity resembling that of Billy Connolly.

Tiernan confirms how good traditional stand-up can be.