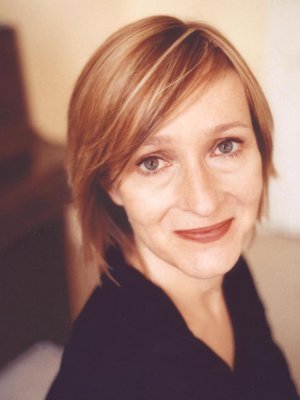 Tracey MacLeod is a versatile and experienced broadcaster and writer.

For many years she was the presenter of the BBC’s flagship arts show The Late Show, where she specialised in music subjects, and has also hosted her own shows on radio stations including BBC 6 Music, LBC, GLR and BBC Radio 2.

She continues to voice television documentaries, and was a team leader on two series of Radio 4’s music quiz All The Way From Memphis.

As restaurant critic of The Independent for more than a decade, Tracey has authority in the field of food and restaurants; she has been nominated three times in the Glenfiddich Awards, and won in 2002. She appeared as a judge on the BBC 2 series Kitchen Criminals and is a regular guest judge on the hit BBC series MasterChef.

Tracey regularly hosts cultural events, including platform interviews with Richard Curtis and Nick Hornby; she has also hosted the Prudential Awards, and presented the TV coverage of the Mercury Music Prize and the Booker Prize.

Tracey was brilliant! Thank you so much for recommending her. She was just perfect for our audience and came across so naturally and friendly. There was humour, she covered her life story, and referred back to Ipswich and Suffolk – very interesting but gracious. She handled the questions really well and didn’t rush off at the end when some of our members wanted to chat. A very successful evening.